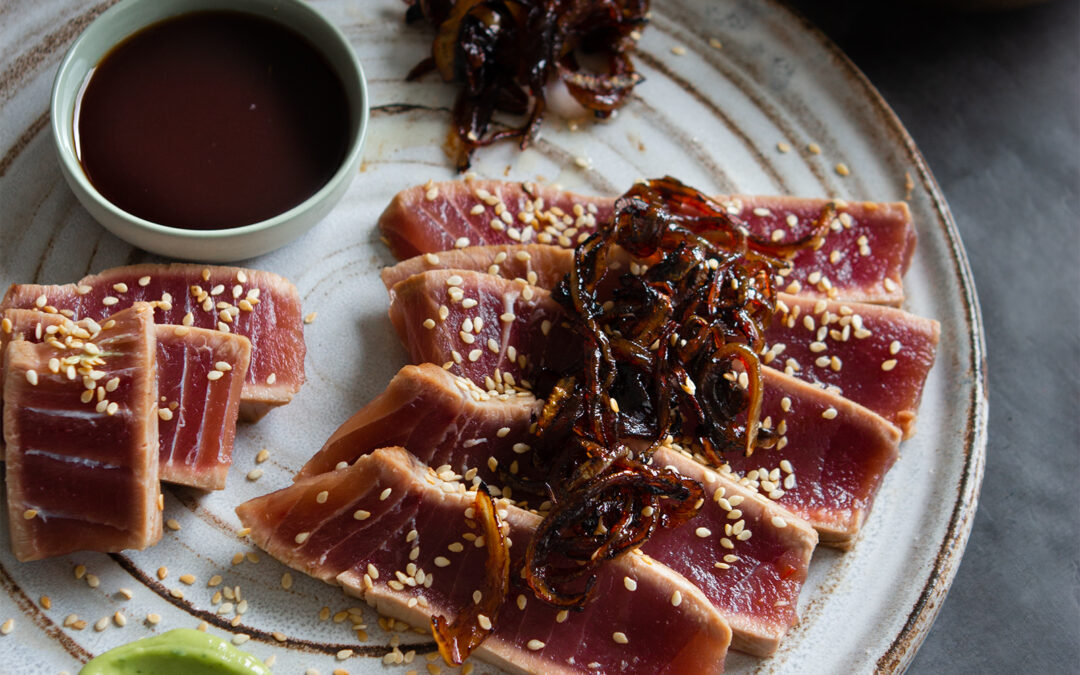 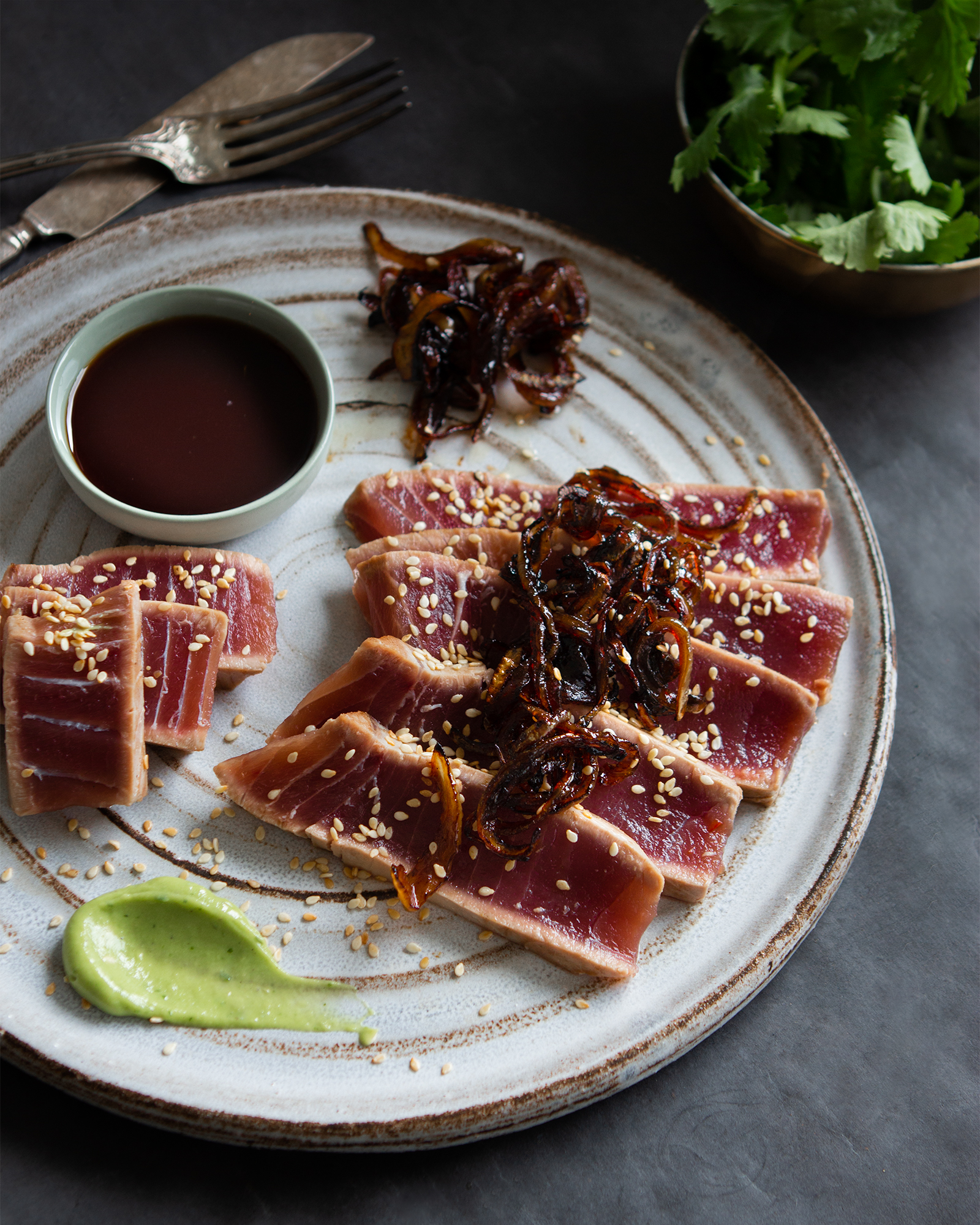 The rating of this meal is now:
Have you cooked this meal? Please rate it so that other people know what you think of it! Also leave a comment below so I can know if you liked it or not. Thanks!

Okay folks, this is the last recipe of my hero Pablo from Lima! I loved this starter Tuna Tataki with ponzu sauce. The tuna is lightly seared, and you eat it together with delicious onions, avocado puree and a sauce that is based on soy, mirin and rice vinegar and a bit of lime- and orange juice. The tuna is soo good, you just fry it on really high heat for 30 seconds on each side, and the outcome is this beautiful piece of art!

I would definitely say this is one of my favorites of all the recipes here on my blog. It looks so nice when you serve it, and it’s a perfect starter for new years eve or any other dinner you are hosting. Serve this and you will impress your guests!

You can find the other two amazing recipes from Pablo in these blog posts:
The easiest and most tasty cheesecake you’ll ever make: Burnt Basque Cheesecake recipe
Hand-made pasta with creamy sauce and salmon fillet

The recipe for tuna tataki with ponzu sauce

If you want to make a gluten-free dish, make sure you buy a gluten-free soy. Soy is the only thing that contains gluten in the recipe.

You can start with the preparation below 2.5h before serving the food.

Ponzu sauce:
Stir the mirin sauce, rice vinegar, soy sauce, and juice of the lime and orange in a bowl until well blended. Sift to avoid any pulp from the lime or orange. Divide the sauce into two equal portions, one portion in one bowl. We will use one part to marinate the onion and the other part to pour over the dish when serving.

Marinated onions:
Julienne the onion. Here are some good instructions on how to do that.

Place the sliced onion in one of the bowls with ponzu sauce. Let marinate for at least 2 hours (make sure to not marinate for more than 6 hours).

Avocado puree:
Put avocados, cilantro and 50 ml of the heavy cream in a blender. Blend until a smooth puree is formed. If the puree is too thick, start by adding a little more cream. If it is still too thick after adding the extra 50 ml of the cream, add a little water until you have a smooth texture. Season with salt and pepper. The puree should not be
too salty, just enough so it does not overpower the other flavors. Pour into a bottle so you can squeeze out the puree when decorating the dish.

Other:
Roast sesame seeds in a dry frying pan until golden. Put aside.

To be done just before serving

Tuna:
Pat the fillets dry with kitchen towels. Season the fillets with salt and pepper. Turn a pan on high heat, drizzle olive oil into the pan. Wait for the oil to start smoking, then sear the tuna on both sides, just 30-45 seconds each. Remove from pan and let cool a bit. Using a sharp knife, cut the tuna into slices, 7 mm thick.