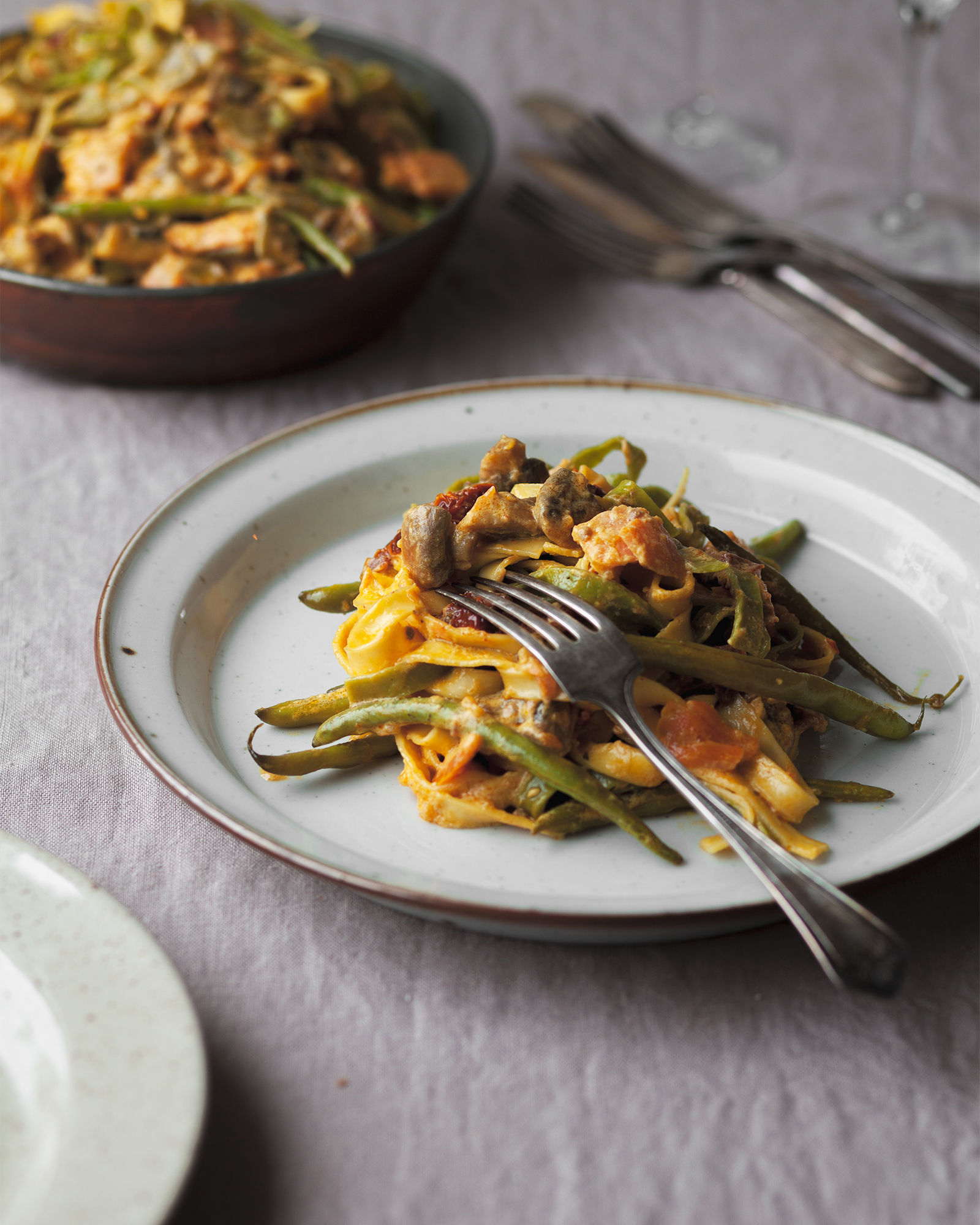 https://www.youtube.com/watch?v=BblGlD22Jnc
The rating of this meal is now:
Meal #5: Creamy pasta with salmon and saffron at Cecilia´s & Alexander´s place
Votes: 1
Have you cooked this meal? Please rate it so that other people know what you think of it! Also leave a comment below so I can know if you liked it or not. Thanks!

When we were at Philip’s place last time, he sent us on to his friends Cecilia and Alexander.

They live in Onsala, a city near Gothenburg and they have two kids, a 4-year-old and a 1,5-year-old.

Philip and Alexander have known each other since they worked together at Göteborgs-Posten, which seems to be a common thing amongst the participants of Linked meals. Both Sebastian (from this episode), Philip and Alexander have worked here in their teens. When Cecilia met Philip she immediately liked him, and they soon became good friends as well.

I understood quite fast that Alexander and Cecilia are two kind souls and they took good care of us. I love that all the people we meet are so nice and welcoming!

Alexander and Cecilia were supposed to get married in one year from now, but decided to move the wedding forward. They went from having a year to 10 days to plan the wedding! It’s kind of crazy that they could make it happen so fast.

Look at the video to get the full story of why they decided to move the wedding forward.

The food was delicious, and super easy to prepare. It takes about 20 minutes to make this dish which makes it perfect for busy weekdays, or if you just want to eat a quick but delicious meal for the weekend.  It’s a creamy pasta with a taste of saffron and sun-dried tomatoes. Try it, you will most probably like it =)

We’re very excited to go see the next person! His name is Nils and he lives in the very center of Gothenburg. Alexander and Cecilia have spoken very highly of him, his apartment as well. They say that he has decorated it like a nightclub, I wonder what that looks like?! Very intriguing!

We’re going to his place the 22nd of September; make sure to join us!

The recipe (creamy pasta with salmon and saffron)

Boil the pasta, and then mix with the sauce.

Want to get the next recipe in your inbox?